Work in Progress -- The Needle and the Sword 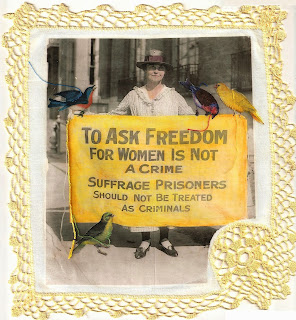 Images from an artist's book I have been toiling away on.  The working title is "THE NEEDLE AND THE SWORD: The Early Women's Movement in Twenty-Four Hankies."  Each page is formed using a vintage handkerchief or doily, which I have have embellished with heat-transfer images of vintage photos of early suffragettes, fabric collage, embroidery, etc.  The book commemorates an event which occurred in 1876, when Susan B. Anthony made a surprise appearance at the opening ceremonies of the Centennial celebration to publicly bestow on a unsuspecting ceremony chairman a document called "The Declaration of Rights of Women of the United States." The Declaration, drafted by leading suffragettes of the day, formally protested the lack of rights and unequal treatment still then endured by women, 100 years after the Declaration of Independence supposedly guaranteed those rights to all Americans, and demanded justice, the right to vote, economic and personal self-determination, and equality. 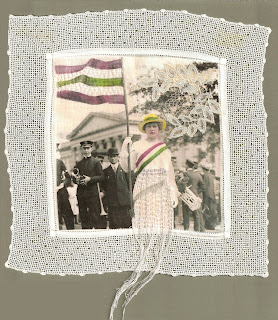 When finished, the book will be included in an exhibit at The Athenauem in Philadelphia as part of a celebration called "From Seneca Falls to Philadelphia: Fourth of July 1876 and the Women of the Centennial." 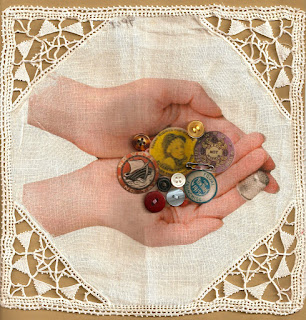 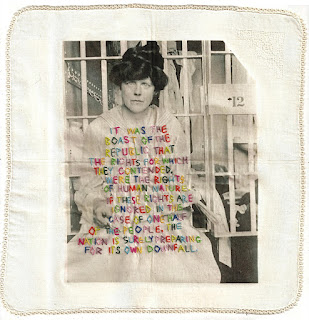 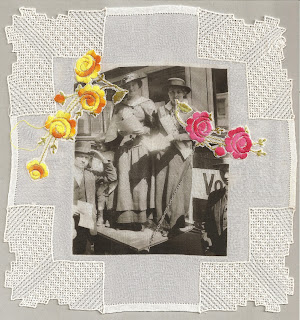 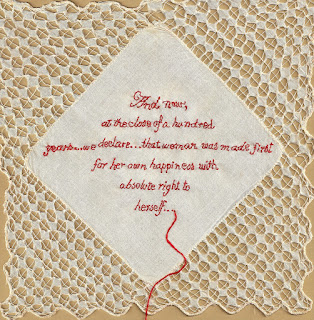 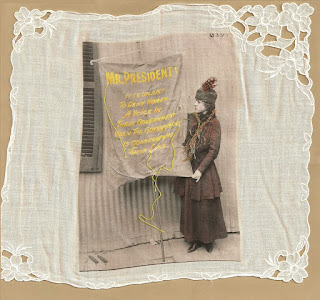 paperworker
Lynn Skordal ("paperworker") makes collages, artist's books and other small works on paper. She lives and works in the far Northwest, in a little town on the banks of the Swinomish Channel, near the beautiful Salish Sea.