My Latest Project -- the Memory Veil

Memory Veil was inspired by an old photo album I picked up on (where else!) eBay.  It included a number of lovely small portraits from 1934-35 of someone's friends and family from a seaside town in New Jersey. I sewed these old photos, scraps of lace and fabric (some tea-dyed), and small pearlized buttons onto an old wedding veil.  It is wearable. 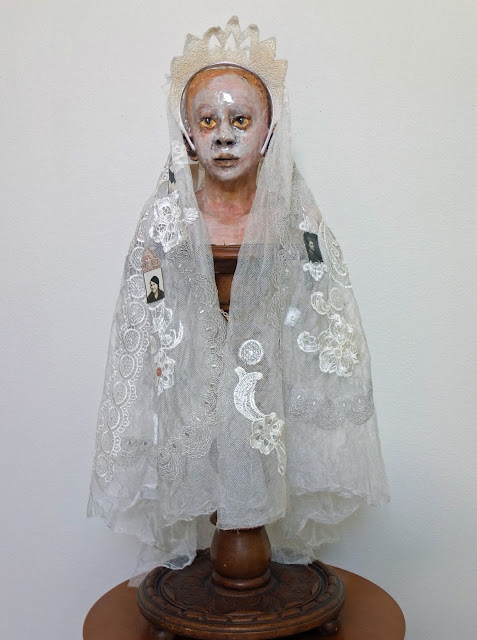 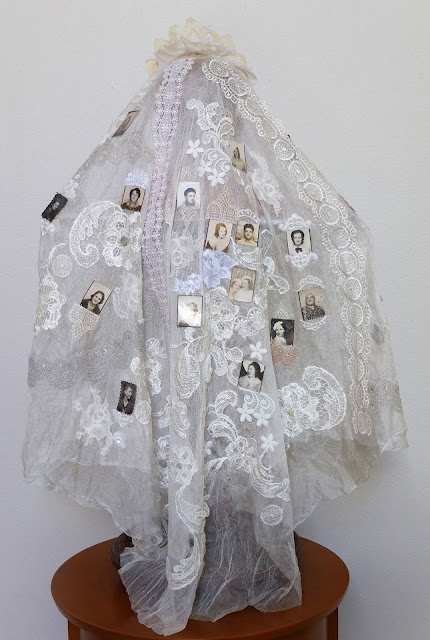 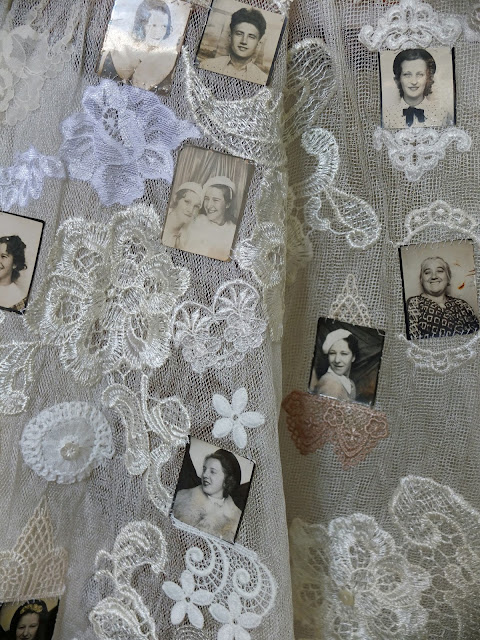 (By the way, modeling the Memory Veil today is a beautiful little sculpture we've had for years by a local artist.  We affectionately refer to as Zombie Boy...he looks quite fetching, no?)

ADDENDUM -- The Memory Veil was on exhibit recently at the 2016 Quilt & Fiber Arts Festival in La Conner, WA.  Thanks for including me, La Conner!
Posted by paperworker at 3:33 PM No comments:

A few more collage pieces are winging their way to exhibitions this summer, including: 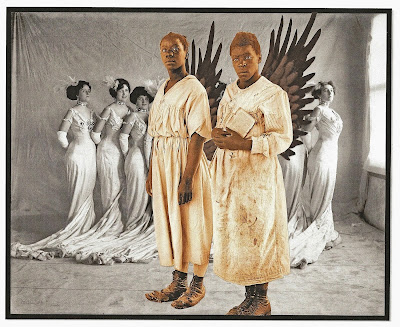 Headed for a group exhibition titled "Collagism: A Survey of Contemporary Collage" organized by the Museum Strathroy-Caradoc, which will run from July 1 to August 1 in the Art Space at 34 Frank Street, Strathroy, ON. 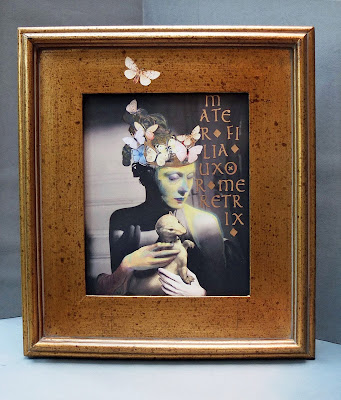 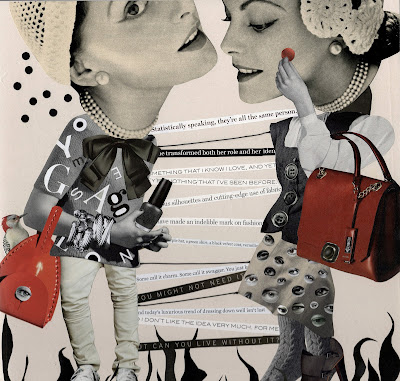 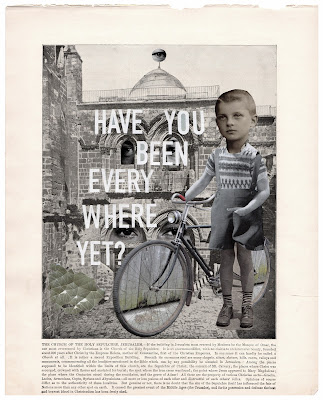 Have You Been Everywhere Yet? 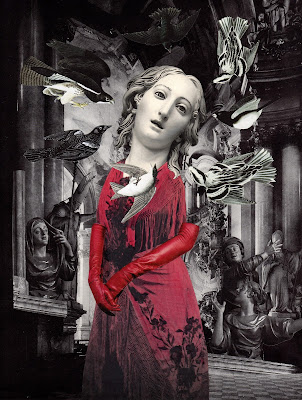 These three pieces will be part of the Northwest Collage Society's 2016 summer show titled "Black and White with a Splay of Red," which will be on view at the Phinney Center Gallery, 6532 Phinney Avenue North, Seattle, WA, from July 20 - August 26, 2016.

Come and see us!
Posted by paperworker at 8:25 AM No comments: 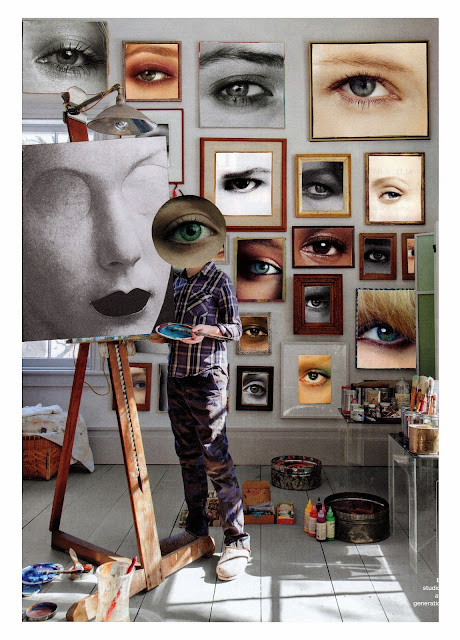 Out of the studio, actually...see you later this month
Posted by paperworker at 3:35 PM No comments: 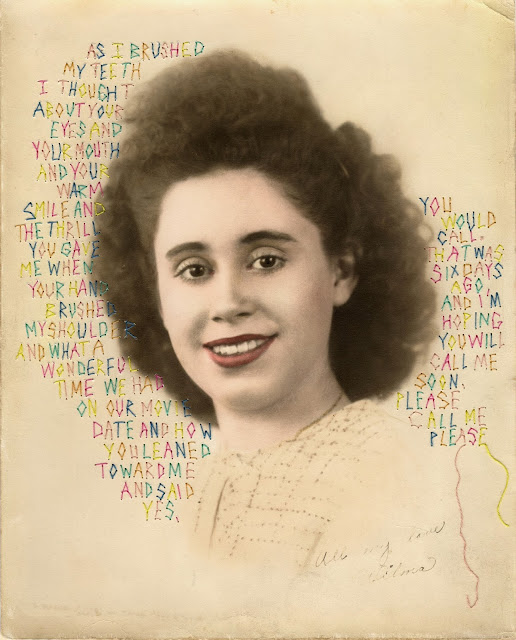 All my love, Wilma 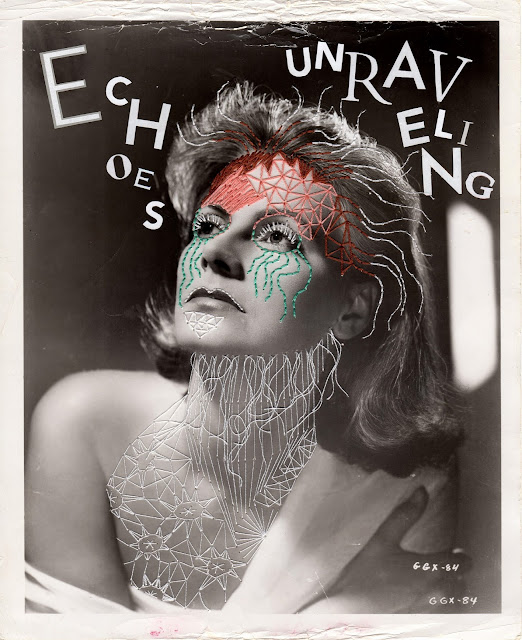 Posted by paperworker at 7:20 PM No comments:

So, You Wake Up in the Morning and Feel Compelled To Make Another in a Growing Series of Donald Trump Pieces... 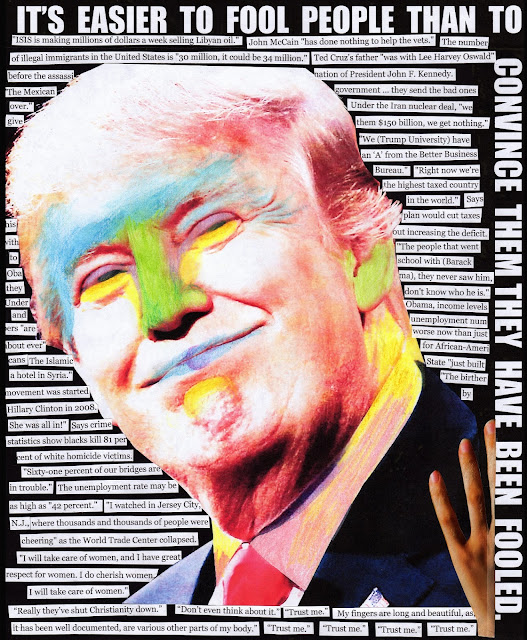 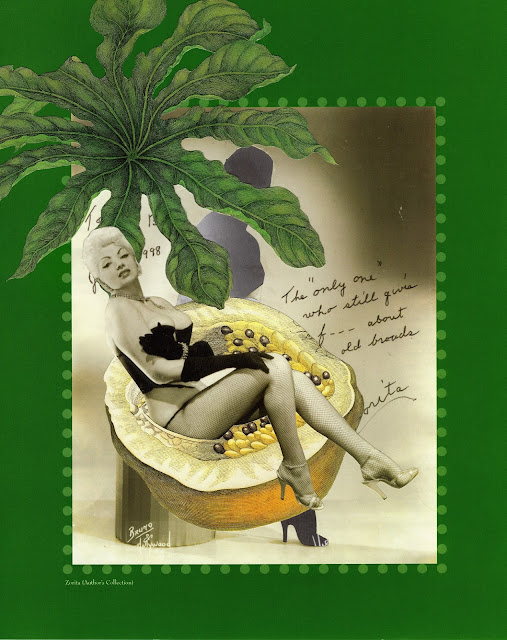 The Only One
Posted by paperworker at 9:49 AM No comments:

paperworker
Lynn Skordal ("paperworker") makes collages, artist's books and other small works on paper. She lives and works in the far Northwest, in a little town on the banks of the Swinomish Channel, near the beautiful Salish Sea.